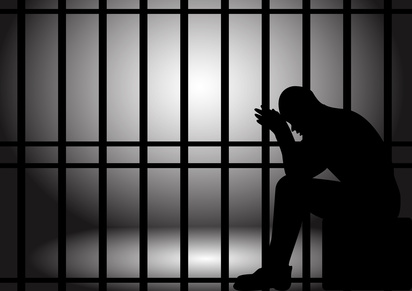 More than half of prisoners in the United States have a mental health problem, according to a 2006 Justice Department study. Among female inmates, almost three-quarters have a mental disorder.

The mentally ill of our country are now mostly housed in jails and prisons rather than hospitals. Why is this? Due to budget cuts, there are less psychiatric hospitals and those patients that get in the hospitals are often sent home before they’re stable. As a community psychiatrist, I have seen this tragic sequence of events far too often. Patients are arrested for erratic behaviors that happen during their psychotic or manic episodes. Most mentally ill inmates are charged with non-violent offenses (common charges are trespassing and theft).  The results are jails and prisons have now become the de facto mental institution. The problem is that incarceration makes these inmates worse.

These patients need to be in supportive environments rather than confined to a cell. They are more likely to be preyed upon by other prisoners and have trouble following the rules while incarcerated which leads to more negative consequences. It’s a downward spiral into a lifetime of arrests rather than treatment and progress.

According to a 2010 study by the National Sheriffs’ Association and the Treatment Advocacy Center, the hospital bed shortage has been drastic over the decades.  In 1955, there was one bed in a psychiatric ward for every 300 Americans; now there is one for every 3,000 Americans. You do the math.  Less treatment and more arrests leads to a generation of mental illness spent behind bars.