Michael’s Daughter: The Real Life Journey of Having a Parent Battling with Addiction 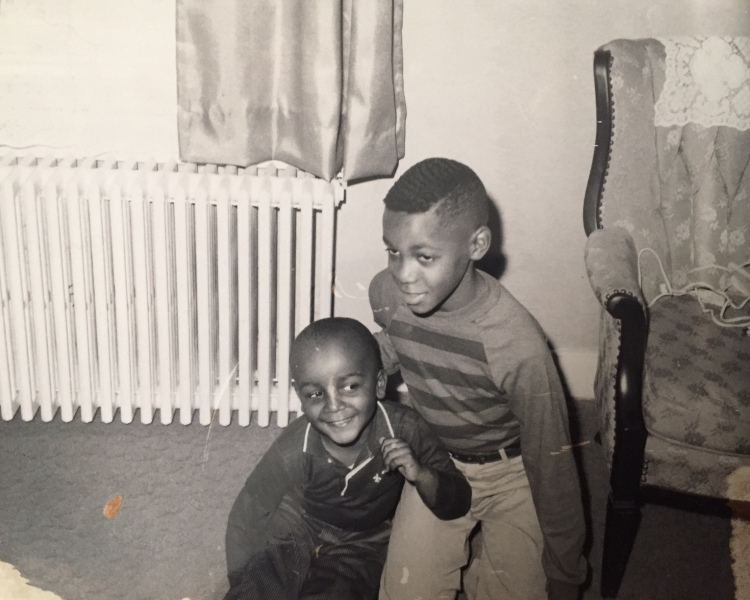 This is the story of my father, Michael Morton.  This isn’t a sad story, but one about real life.

I could’ve asked my mother and relatives for the details about Michael, but this movement is about us.  My version, thoughts, and feelings beyond any hurt or confusion, to looking within my soul to discover the soul of the man that is my father.  I am not going to spend the next few paragraphs going on this tirade, because I have nothing to be sad or angry about because I have a very blessed life. Maybe I will get some details right and maybe I will get some wrong, so I will ask your forgiveness if some parts of the story aren’t accurate.  This is the way they play in my head.

Michael is the eldest child of Aubrey and Doris Morton, and the brother of Breydon Morton. After high school, he enlisted in the United States Navy, where he was a Medical Corpsman. Michael is very intelligent, very well read, inquisitive, stylish, and a lover of music. He is battling a decades long addiction to heroin. Most importantly, he is my father. 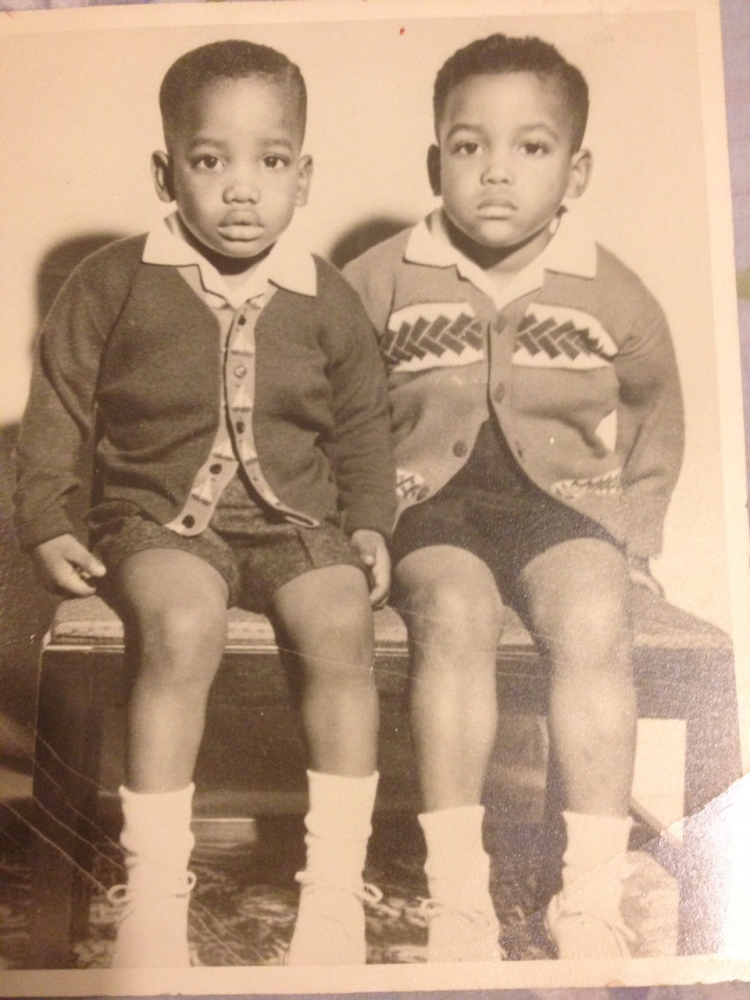 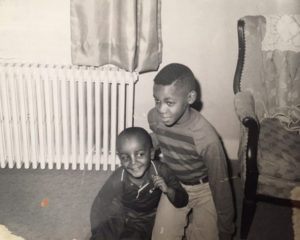 Michael in the stripe shirt, and his first cousin Leroy aka Chop.

When I was 13 years old, I spent several weeks in Richmond after my father was released from prison. He told me the story of how we met my mother and how they instantly fell in love.  I’m not surprised because I think she’s fantastic as well.  I have their  wedding album from their ceremony at Colombia University Theological Seminary.  A year later, I was born.  His little girl.  My mother tells me how I  would go everywhere with him when I was a baby.  Two peas in a pod.  From both my father and mother, I inherited the undying love and joy of family. 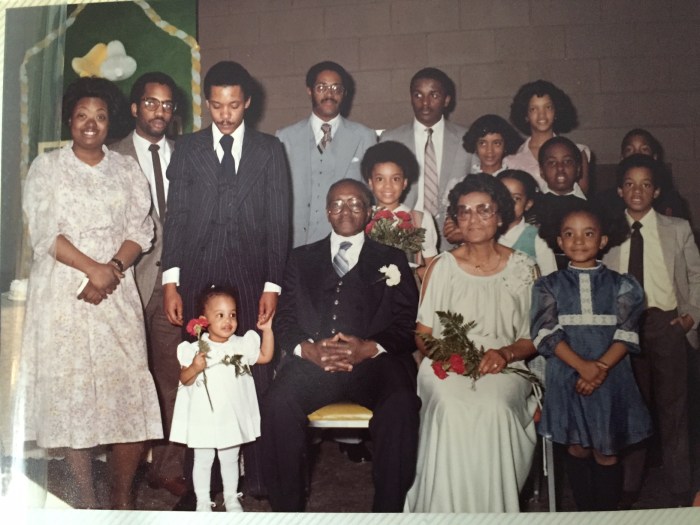 Shortly after my parent’s divorce, Michael was incarcerated for the first time.  The addiction chipped away at him.  I imagine there was shame and guilt due to his incarceration. What came from that is a little girl that was very inquisitive, and as my mother will tell you raising me was…interesting.  I developed a love for reading, culture, and school.

When I got older in my pre-teen years, Michael began writing from prison.  He wrote letters lecturing me to stay on top of my grades, staying away from boys, and that I must listen to my mother.  We wrote letters about books, and his frustrations about his addiction and wanting to get life right. Always very apologetic about where he found himself in life.  Through his letters, a father prayed for his daughter to not go down the same path.  Push herself to do better.  Fatherly advice.

He got out of prison.  He went into relapse, and found himself back in prison.

Each time in prison, he would teach other inmates who needed their GED or their high school diplomas for life beyond the cell block.  He showed compassion and helped his other brothers get the right footing for a life that awaited them when they were released.  It wouldn’t be a stretch to say that I get my desire to show compassion and lend a helping hand to my fellow brother and sister honestly.  This is how my mother and father are.  In our sometimes awkward discussions, he recounts those stories over and over again with pride that he was able to make some contribution despite being in prison.  At the end of the day, we all want to feel like we matter and we made a difference.

Michael was finally released when I was in graduate school.  He worked at the Richmond VA in the GI Lab, aligned with his love of medicine and science.  His father got sick, and he and his brother cared for him.  He relapsed again, and went into an outpatient methadone program at the VA.

Michael like many other people that suffer from the disease of addiction, often feel a sense of guilt and shame.  Drug addiction isn’t like most other diseases because society places the cause of the addiction squarely on the addicted person. In the case of  drug addiction, the disease is many times bigger than the person and takes on many shapes.  Some forms of addiction are more socially acceptable than others, like shopping and food.

I learned yesterday that Michael is enrolled in a 28-day drug treatment program.  It would be a lie if I didn’t tell you I rolled my eyes, and thought “Here we go again.”  I am ashamed at that brief thought and lack of compassion.  Debra didn’t raise that type of woman. My mom and two friends reminded me, I am human.  I want for my father to get well, and push away the shame to recognize at least one of his greatest contributions.  He helped create a little girl that likes to go her own way, see the world, is deeply inquisitive, finds connection with people, is compassionate, and is loved by so many people.  God has blessed me beyond measure, and despite his illness, God saw fit to give me the mother that he did.  Michael, you got the dreams I imagine you had for your little girl right.

Hold your head high.  Keep pushing because you have a lot of people praying for you. 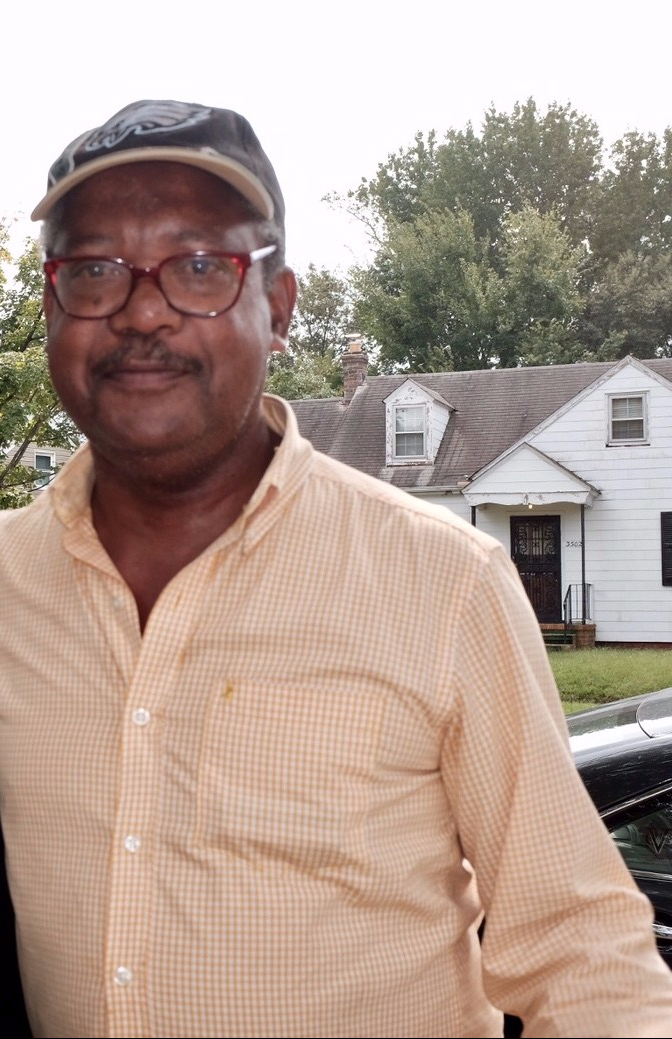 You can read more of Lauren’s blog at https://thefastforwardblog.me